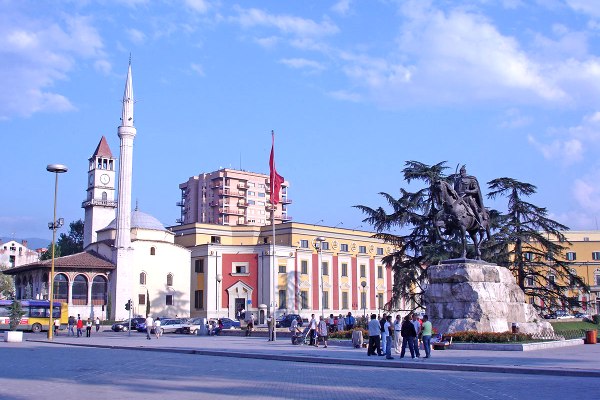 The Muslims of the Russian Federation have been living continuously on the territory of their homeland since the 7-8 centuries. Even before the emergence of Rus, these lands were home to multi-ethnic and multi-religious states which also included Muslims among their inhabitants. Derbent, or Bab al-abwab, became part of the Caliphate during the rule of caliph Uthman in the mid-7th century.

At a later time, according to medieval Arab historians and geographers, Itil, the capital of the Khazar khanate, boasted 7 judges, two for each religious community: Jews, Christians and Muslims, and one judge for the pagans. Muslims lived together in one quarter and formed a guard which protected the rulers of this state. There is also contemporary evidence concerning the presence of mosques and minarets in the capital of Khazaria. The 737 military campaign of Marwan, the Umayyad governor of the Caucasus and the future caliph, may well have provided the impetus for the spread of Islam in the lower Volga region. Still later Volga Bulgaria became famous in the Muslim world as the northernmost Islamic country. When the embassy of the Abbasid caliph al-Muqtadir arrived in Bulgaria in 922 it found an advanced Muslim civilization where the Bulgars were already firm adherents of the Hanafite madhab. Later all these territories became a part of the Mongol empire, and after its collapse they joined the Golden Horde, a mighty Eurasian power that stretched from Siberia in the East to Romania in the West. In 1313 the ruler of the Golden Horde, Uzbek khan, made Islam the state religion, while granting full religious freedom to Christians: archeologists have found the remains of Orthodox churches and vanished cities and in the capital of the Golden Horde, the khans founded an Orthodox diocese. Thus the different peoples of Russia are characterized by a long and unbroken tradition of different religions and madhabs living side by side in harmony. This quilt of nations and religions, which has been infused with mutual respect over many centuries, has given rise to a unique symbiosis of civilizations from which the present Russian civilization, mentality and culture derives today.

This helps us understand the ideological movements that took place among Russian Muslims on the cusp of the 20th century, when they tried to reevaluate certain tenets of the shariah in the light of Russian civilization. For example, Musa Jarulla Bigiev developed the thesis of the universality of the divine mercy. In his work “Rahmatu ilahiya burhanlari” Bigiev wrote: “God is merciful. His name is ar-Rahman, i.e. the “all-merciful”, which is the second proper name of God, along with Allah. God describes Himself hundreds of times in the Qur’an as All-merciful and All-forgiving, as “the most Merciful of the merciful” (arham al-rahimin). Moreover, in ayat 6:24 it is said that “God has ordained mercy on Himself [towards people].” According to a hadith from Bukhari and Muslim, Allah said: ‘In truth, My mercy exceeds My anger!’”. Bigiev used references in dalili to show that Hell is finite and therefore its inhabitant will sooner or later be forgiven by the Lord.

This idea did not meet with understanding in the Muslim world. The well-known Turkish theologian Mustafa Sabri criticized Bigiev’s thought and called him the “Luther of Islam.” However, similar ideas might be able to engender a greater openness in Islam and help to overcome the outdated historical and political conflicts between the major world religions. In this, Islam could look to the steps taken by the Catholic and Orthodox churches, such as the decision of the II Vatican Council to engage in theological dialogue with Muslims.

Be this as it may, the further development of theological thought among Russian Muslims was blocked primarily by the atheist regime that ruled our country for almost 75 years. After the communists consolidated power in Russia all the religious mektebs and madrasas were completely annihilated, thousands of mosques were destroyed and tens of thousands of imams were physically annihilated.

The 1990s saw the beginning of a religious renaissance that affected all the religions of our country, including Muslims. Unfortunately this also coincided with several political military conflicts which facilitated the radicalization of a part of the Muslim youth. There are many reasons for the spread of radicalism, but the process triggered ideological resistance among Russian imams and muftis. However, political conflicts and wars in the Arab Muslim world, together with the Internet and socio-economic problems, has given the question of the radicalization of Muslim youth a serious and global character.

Islamic radicalism is parasitic on the interpretation of Qur’anic verses and hadiths without any regard for their context. Most commonly it is hadiths that are used by the radicals without any understanding of the situation in which they were first pronounced. For example there is a hadith in Bukhari and Muslim which is cited in the name of Abdullah b. Masud where the Prophet (s.a.w.) said: “Women who implant others’ hair alongside their own are far from the divine mercy.” Does this mean that wigs are forbidden in Islam? In fact, in the pre-Islamic era women of easy character did this to attract the attention of the opposite sex. It is for this reason that when Aisha was asked about this she answered: “The meaning of hair implants is not what you think. There is nothing censorious about a woman whose hair is falling out implanting new hair…the Prophet was criticizing those who engage in debauchery when they are young and lose their hair, and then in old age don a wig and continue with their debauchery.”

Moreover, Prophet Muhammad (s.a.w.) was an ordinary man in worldly affairs and could make mistakes. For instance, once he gave incorrect advice to some men planting date trees in Medina and people lost their harvest as a result. When they explained the situation to him, he said: “I am just a human being. If I command you to do something connected to faith, take my advice; but if I command you to do something based on my own opinion, (then remember) that I am only a human being.”

Unfortunately, young people, especially those studying in Islamic institutes and madrasas far from home, do not understand the details of how Islamic laws are applied and only understand ayats and hadiths in the literal sense. They also do not understand the principle of gradualness which was intrinsic to the Prophet of Islam. Aisha described this principle in the following way: “To begin with, separate suras of the Qur’an were sent down that described heaven and hell. After people had understood the main points of Islam, ayats began to be revealed about the permitted and forbidden. If the prohibition on not drinking alcohol had been sent down earlier, then people would have said: ‘We will never give up alcohol!’”.

Young people do not understand the motives underlying the behavior of the second caliph Umar ibn al-Khattab, who said to Ibn Masud: “You are traveling to the inhabitants of a town who read the Qur’an as assiduously as the buzzing of bees, so do not repel them with hadiths or distract them with them!” Dedicate yourselves only to the Qur’an and tell fewer stories about the Messenger of Allah (s.a.w.)”. They do not tell them in Islamic colleges that caliph “Umar strongly criticized those who recount many hadiths (man aksara ar-riwaya).” Umar al-Khattab even threw three companions of the Prophet into prison briefly, saying: “You tell too many hadiths of the Messenger of Allah.” Abu Huraira was once asked, “Did you also relate hadiths in the time of Umar?” and not by chance did he answer: “If I had recounted hadiths as you do, in the times of Umar, he would have killed me with his whip!”

Many theological sciences remain outside the remit of young Muslims, including Ihtilaf al-madhab and maqasid ash-shariah, dala’il ar-rayyi and others. All this has led to the awful situation whereby terrible crimes against Jews, Christians and Muslims themselves are committed to the accompaniment of Islamic slogans and cries of “Allah Akbar”.

The Spiritual Board of Muslims of the Russian Federation and the Moscow Islamic Institute are engaged in huge efforts to stem radicalism and provide conceptual resistance to radicals. Thousands of working imams take courses in Moscow where Islamic and secular academics give lectures on various current issues. During these courses our imams visit the Jewish museum and the Orthodox Religious Seminary, so as to become acquainted with the teachings of the Ahl al-kitab, the traditions of Jews and Christians. We publish dozens of textbooks on Islamic theology in Russian which are adapted for the modern reader. There is constant work being undertaken on our sites on the Russian-language internet. We also organize international and Russian conferences, to which we invite both Islamic figures from many different countries as well as secular Islamic studies experts. The last forum we held took place in December 2015 in London and was jointly attended by the Council of British Muslims; it showed that modern European Muslims must cooperate ever more closely and join forces to solve the problems of the Islamic ummah, for the pleasure of the Almighty Allah and the good of all our nations.

Thank you for your attention.